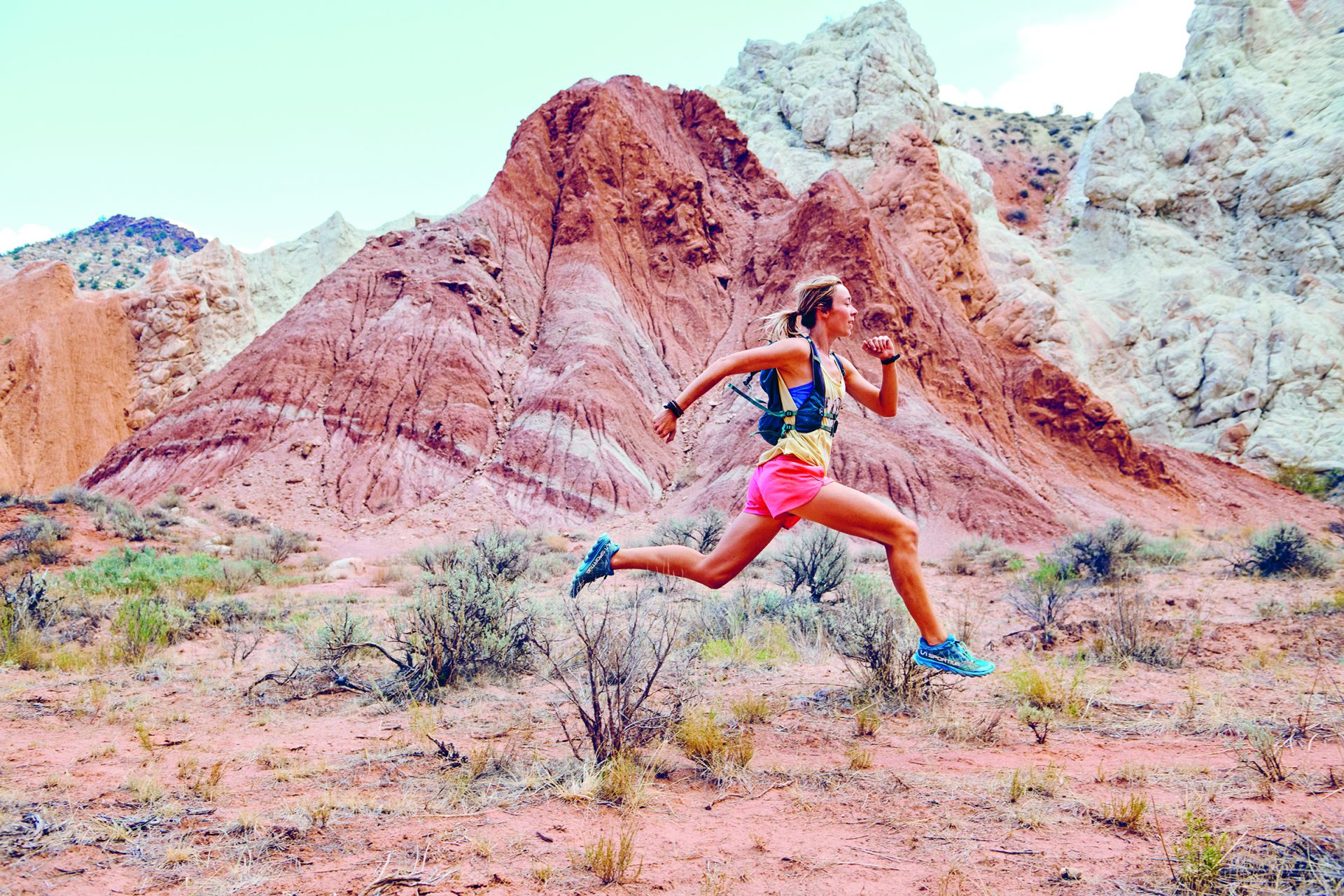 In these strange and scary times it’s more important than ever to read between the lines, understand our rights, and stand up to help protect threatened places and people.

When I started writing The Best Bears Ears National Monument Hikes I simply wanted to provide an informative and educational hiking guide so that visitors to Bears Ears National Monument could do so safely, with respect, and with an introduction to the public lands issues/current events affecting this incredible 1.35 million acre tract of land. As I fell more and more in love with Bears Ears it became impossible not to spend as much time researching and understanding the issues and policies affecting it, as my insatiable desire to spend intimate time in the canyons. To this day both seem impossible to ever digest, but I continue to move forward, like hiking slowly on a hot day to the next precious water source, in hopes that I’ll understand just a little bit more. In hopes that this knowledge can help someone else, or help me help this place just a little bit more.

The future of Bears Ears seemingly sits suspended in time since Trump’s 85% reduction in 2017, but monsoon clouds are emerging over the canyons once again. From the BLM move to Grand Junction, Colorado, the new Bears Ears Management Plan, and a proposed plan to dismantle NEPA there is a lot to be concerned about. I certainly don’t have all the answers, but like a hiking guide, I feel compelled to share what I have found along the way in hopes that it might spark something in you, for this place, that needs unbridled defenders rushing to the front lines like the wildfire sparked in Dark Canyon last month (photo above). 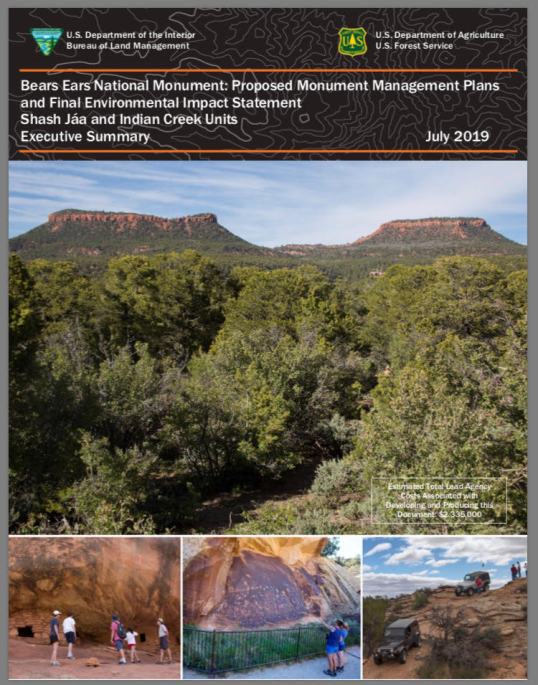 The new Bears Ears Proposed Monument Management Plan was released on July 26. The full document is 800 pages long, but the Executive Summary is only 24 and worth a read. I think it is especially enlightening to point out how ever so slight the difference between Plan A (the current management plan) is to Plan E (the plan they are proceeding with). Plan D is the original proposed plan and E reflects alterations based on public comments and other factors (and with only minimal variation). As Archaeology Southwest explains, “Only Alternative B met the BLM and Forest Service’s legal responsibilities for national monuments.” To help digest this, take a look at the outline of inadequacies pointed out by Friends Of Cedar Mesa, Archaeology Southwest, and the Conservation Lands Foundation.

So now what? Understanding all of this and how you the public can get involved looks hazy, feels scattered, and is not streamlined. This article can’t change that, but I have compiled the responses, suggestions, and insights of several groups heavily invested in the future protection of Bears Ears.

The Grand Canyon Trust explained to me that responding with a public protest comment is only effective if you have participated in other public comment periods for Bears Ears. This is because you must reference your previous comments, refer to the issues you pointed out, and specifically discuss how the new management plan does not address these areas of concern.  In addition, too many comments, especially those not carefully researched and thought out, risks inundating the BLM with protest comments that distract from those sent by lawyers defending Bears Ears in the courts. 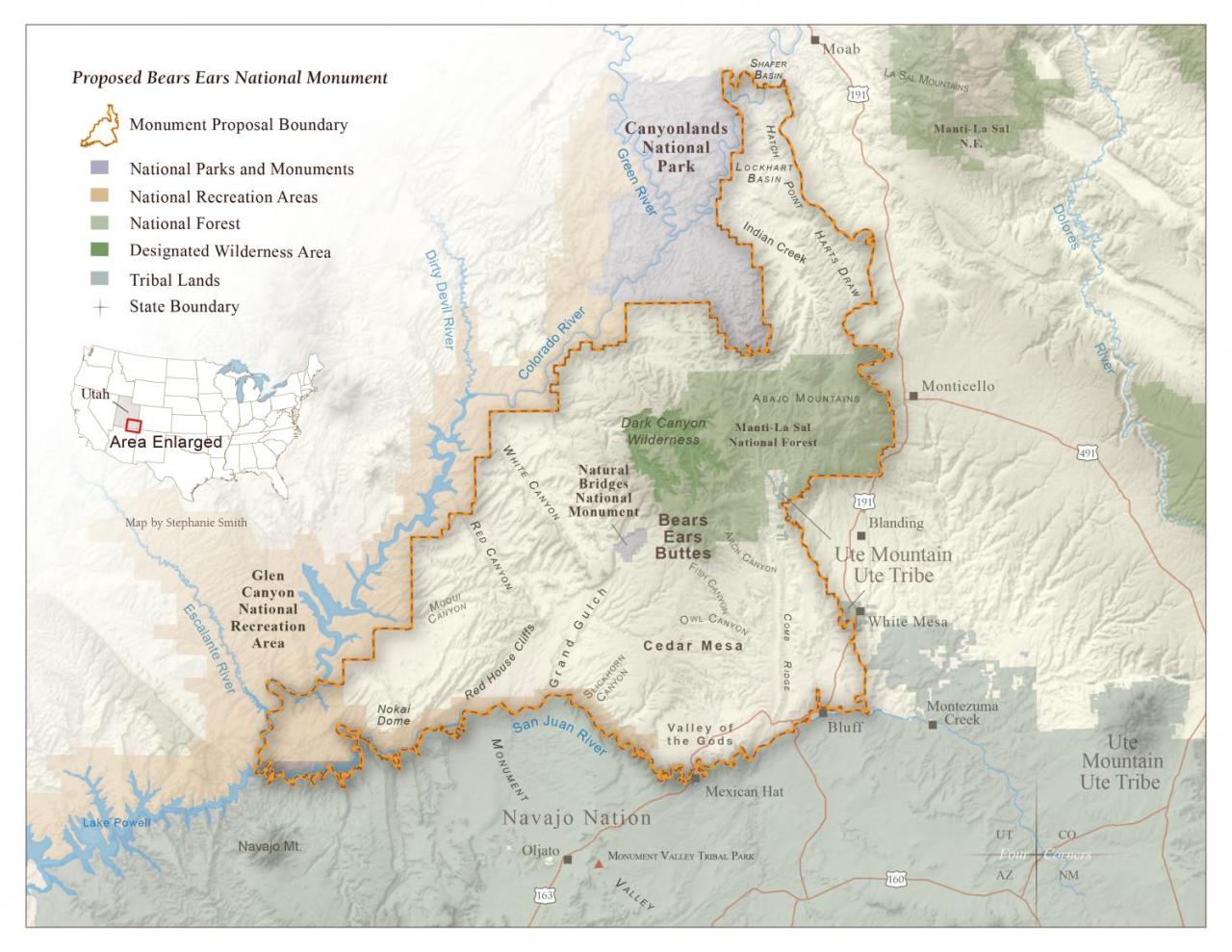 If you haven’t sent comments during previous periods, there is another course of action they are suggesting for anyone concerned about Bears Ears–to comment and support the BEARS Act (which stands for Bears Ears Expansion and Respect for Sovereignty Act). If passed, the Bears Ears Act would adjust the boundaries of Bears Ears National Monument to protect the full 1.9 million acres that the Bears Ears Inter-Tribal Coalition (@bearsearscoalition) originally proposed (see picture above via Grand Canyon Trust). You can submit a comment in support of the BEARS Act here.

Indigenous Past and Present Rights

To understand the original designation and a major part of the ongoing push for a different management plan, it is important to understand that Bears Ears National Monument was the result of a historic unified effort of five tribes (Hopi Tribe, Navajo Nation, Ute Mountain Ute Tribe , Pueblo of Zuni, and Ute Indian Tribe plus 30 supporting tribes), uniting to protect this area that is culturally significant to each of them. Both the Inter-Tribal Coalition and Utah Diné Bikéyah websites offer excellent resources to understand this critical history and meaning of Bears Ears. With this in mind, note that the current management plan does not call for a cultural resource management plan until two years from now! Here is the Inter-Tribal Coalition’s official statement about the new management plan that puts this sacred landscape and cultural resources at significant risk.

In addition to Archaeology Southwest’s comprehensive list for ways to get involved, they include two of my favorite methods:

Yes, even this preservation archaeology focused publication encourages visiting Bears Ears with respect. It is important to experience a place like this to even begin to comprehend it and engage in this conversation. We also need people to physically go to these places, and especially sign in to the trailhead registers, to show the BLM and Forest Service that low-impact recreation is one of the multiple uses they should prioritize in these areas. If we don’t exercise this, literally, it is easier for them to justify another use method (like grazing or mining). Low-impact recreation ultimately causes the least harm on the landscape and cultural resources, while inspiring future stewards to pay it forward. If it’s impossible for you to get out to Bears Ears, get out to your nearest public lands and think about the context, of how much that place means to you, the eco-system it supports, and what your reaction would be if it’s protection was suddenly threatened, reduced, or eliminated!

With Bears Ears ever-present in the news, it is inevitable that with it will come an increase in recreation. According to Access Fund, management plans for recreation will not be created for three years. This means more people visiting the remote places in Bears Ears, but with no new plan to accommodate this, ranging from educating the public about safety precautions and visiting with respect, to methods to protect cultural resources from impacts. Access Fund is one of the plaintiffs in the ongoing lawsuit that argues President Trump’s reduction of the monument was illegal. It’s also a prime example of how people falling in love with a place, in this case, rock climbers who frequent Indian Creek, can increase the desire to step up and do something for the bigger picture and larger landscape.

Bigger Picture: What moving the BLM out of Washington D.C. means for Bears Ears

I met Stephen Trimble a few weeks ago in Salt lake City, ironically the same day the BLM announced their move from D.C. to Grand Junction, Colorado. Stephen is a fervent public lands defender, is on the board of the Grand Staircase-Escalante Partners, and devotes his life to writing about these special places. His latest Op-Ed for the LA Times explains the complicated BLM move and how it relates and resonates with the perils facing Bears Ears, Grand Staircase-Escalante, and the future of all public lands. All signs seem to point in the direction of transferring the land back to the states in an effort to streamline access for extractive industries. This article explains why this is bad for public lands. 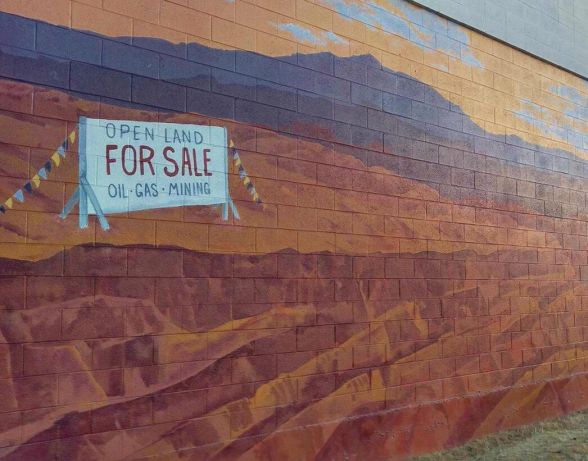 The Future of NEPA

Our ability to comment and weigh in on management plans, like this one for Bears Ears, is largely the result of NEPA (National Environmental Policy Act). The Forest Service (which also manages portions of Bears Ears in conjunction with the BLM) is proposing major changes to this policy the includes a 93% reduction in public comment periods. This will drastically reduce the American public’s direct input on how our public lands are managed. The Outdoor Alliance explains the impacts and details of this, as well as provides a place for you to share a comment about the future of public comments (and NEPA) with the Forest Service. If you have a fear of time commitment, this literally takes less than a minute. Even if you aren’t the type to write a lengthy public comment, defending the rights of your fellow American’s to do so is an important way you can help out!

If your head is spinning (mine is), take a break before reading about the Roadless Rule rollback (especially in Utah and Alaska). This Forest Service proposal puts sensitive habitats, plants and wildlife species in danger. High Country News breaks it down and also provides a handy form to facilitate a speedy method for you to comment on this, yet another threat, in the ongoing assault on the preservation of public lands.

Donate or become a member of the groups who are taking action in the lawsuits against the federal government and their unlawful reduction of Bears Ears and Grand Staircase-Escalante National Monuments. Below is a quick (not comprehensive) list:

Trail runner Sarah Lavender Smith is doing a personal fundraiser for the Conservation Lands Foundation, “the only nonprofit dedicated to protecting & enhancing the National Conservation Lands and national monuments managed by the BLM. Their watchdog role, and their support of the 70 community-based groups who do hands-on conservation work and advocacy for these threatened public lands, is needed more than ever as the current administration seeks to weaken protections and exploit the outdoors for short-term economic gain.” Sarah will run 170 miles unsupported through the Grand Staircase this fall to help raise awareness and money. Donate here for a chance to win a copy of Outlandish and other prizes. Photo via The Gulch Magazine

Digesting all of this is exhausting, let alone taking action. This is where it is best to offer “one final paragraph of advice” from the OG defender of wilderness himself, Edward Abbey:

“Do not burn yourselves out. Be as I am – a reluctant enthusiast….a part-time crusader, a half-hearted fanatic. Save the other half of yourselves and your lives for pleasure and adventure. It is not enough to fight for the land; it is even more important to enjoy it. While you can. While it’s still here.”

Regardless of the lengths you go, any that you take on will make a difference in Bears Ears, public lands, and your fundamental rights as a citizen of the U.S. Personally, I’d like to thank you for reading this, for taking the time to learn a bit more about the policies and current events shaping our public lands and our future.